How to protect the environment?

There are more than 139 million tons of plastic in the world. The vast majority, 109 million, are in rivers, whereas an additional 30 million end up in oceans. Plastics are known for being a residue which last a long time to degrade. Consequently, it accumulates and contaminates, as we have seen, in our environment. As a result, environmental disasters are caused such as the real islands of garbage.

Associations, subsidies and organizations collaborate to find a solution for the dump that it is called Earth. There are constantly more ideas and solutions to try to reduce as much as possible the damage.

The biology teacher from the University of York, James Clark, developed a new method to produce bioplastic with the peel of dehydrated oranges. Clark and his research team focused on the fact that the peel has a ingredient call “D Limonene”, used in cleaning products and cosmetics. It could be used to fabricate biodegradable plastics.

This new technology is based on the use of high-power microwaves that transform the vegetal material, breaking the molecules of cellulose producing gasses, which liquefied can use the properties of some essential vegetable molecules to make plastic.

Vegenat satisfies the needs of the food industry producing dehydrated ingredients. And, as always, complying with the strictest standards of quality and food safety, following sustainability policies and respecting the environment, whereas contribute with the local economy. We produce more than 25 tons of dehydrated citric products every year. Perhaps it would be a great idea to use every last of peel from our dehydrated lemons and oranges. 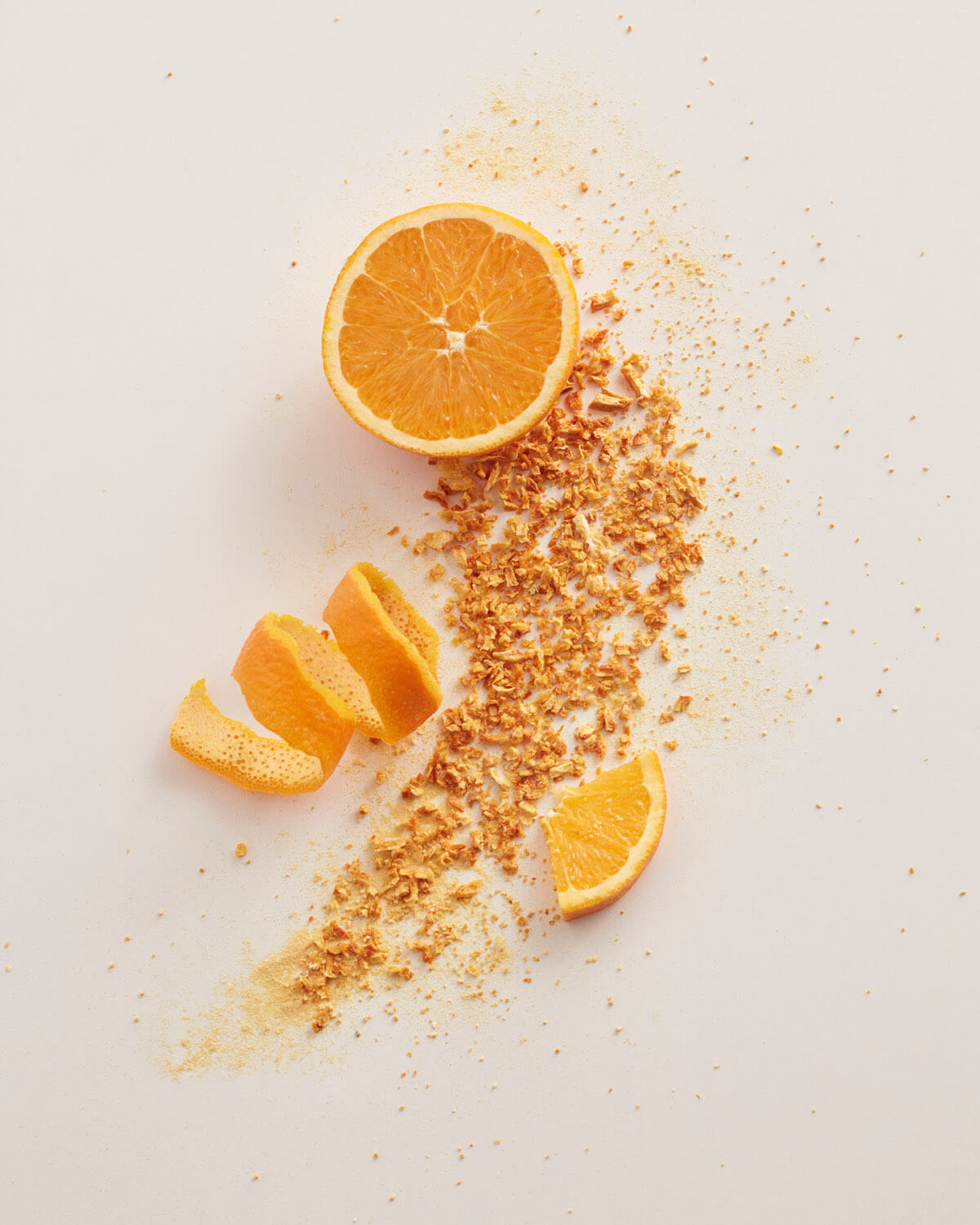